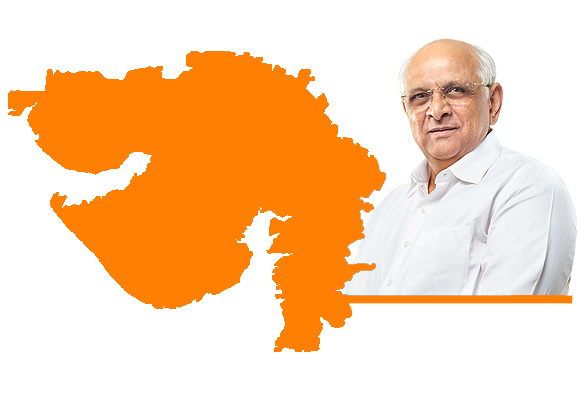 Shri Bhupendra Rajnikant Patel was sworn-in as Gujarat’s 17th Chief Minister on December 12, 2022. Shri Bhupendrabhai Patel began his political journey as a member in Memnagar municipality and got elected as MLA from Ghatlodia constituency (Ahmedabad) in 2017 Gujarat assembly elections.
Shri Patel has extensive experience in administration, having served as the Chairman of the Standing Committee of Ahmedabad Municipal Corporation (AMC), and Corporator for Thaltej ward from 2010 to 2015. He began his political career in 1995, when he was appointed as the Chairman of the Standing Committee of Memnagar municipality. He served the municipality for over a decade, becoming Chairman of the local body during 1999-2000 and 2004-2006….
Learn More