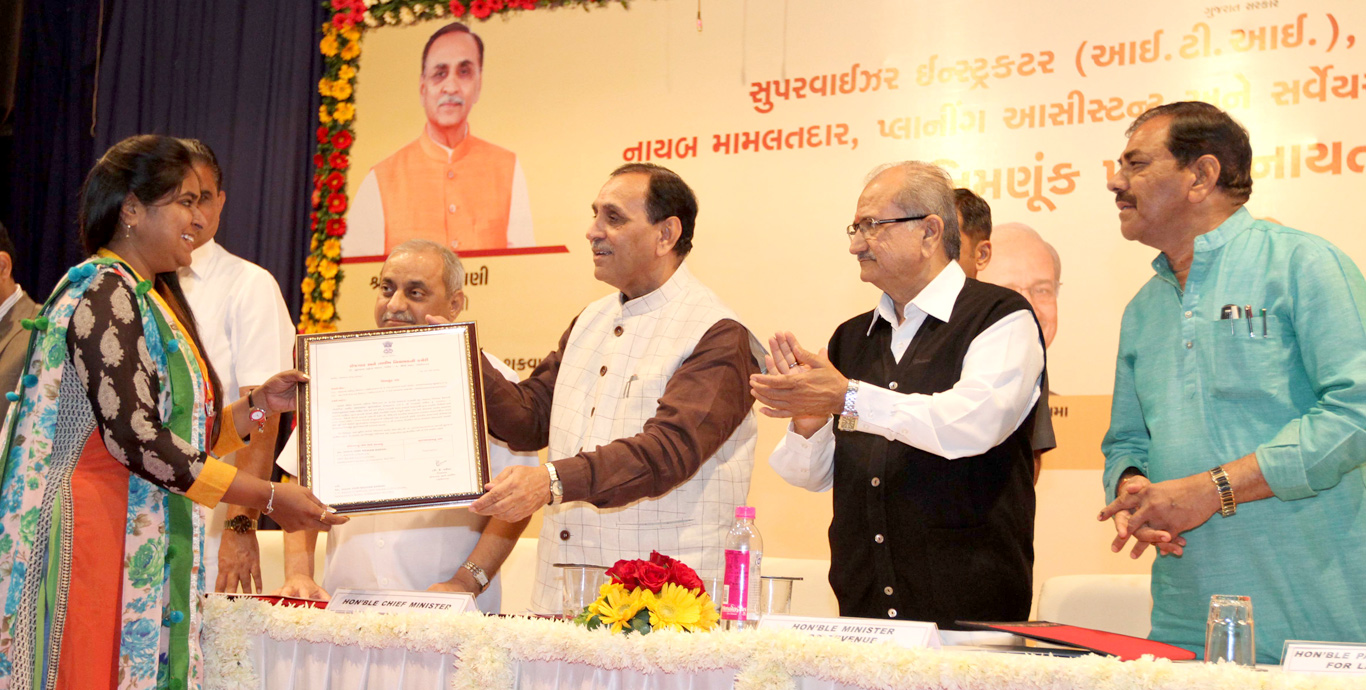 He expressed his opinion by saying that it is a unique administrative success of Gujarat in appointment process with complete transparency. We gave an opportunity to join youth in government services through make recruitments with transparency and quick process as well, he added.

CM Shri Rupani congratulated and welcomed newly appointed youth on behalf of the state government. In this regard he said that this government is committed with pro-employee approach such as not to make extortion of anybody, salary as per work and to make increment on the basis of time etc. The youth appointed in several cadres of the state government through competitive examinations and only with their merit and qualifications, he added.

He encouraged newly appointed youth to perform their duties along with social responsibility, loyalty, honesty and well behavior as a public servant. He briefed them about the campaigns executed by the Union Government on the basis of youth power under leadership of Prime Minister Shri Narendra Modi such as Make In India, Skill India, Start-up India etc.

CM Shri Rupani called on to the ITI Instructors to make Gujarat as role-model by equipping our youth with skill and knowledge for making them capable to get employment. This government has emphasized on employment opportunities along with responsibilities towards public services as well, he added.