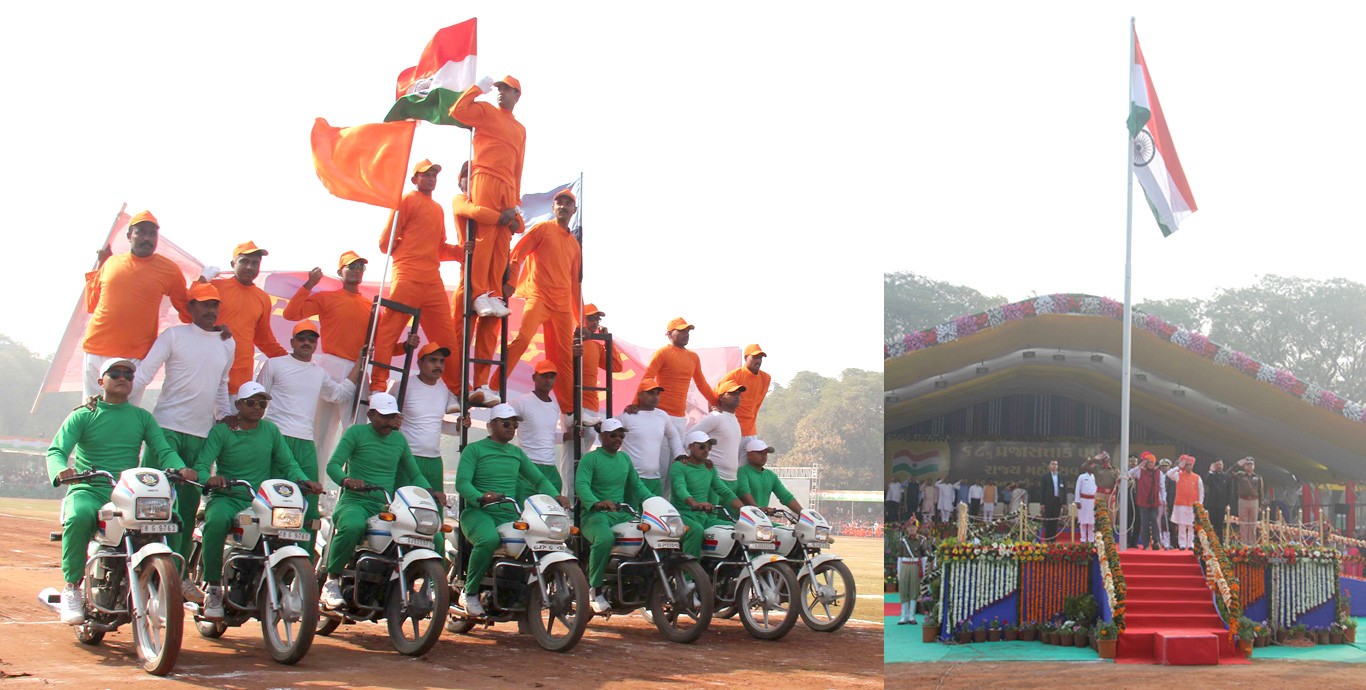 Gujarat Governor Shri O. P. Kohli today unfurled the National Flag at the 68th Republic Day’s state-level function at the Shastri Maidan at Vallabh Vidyanagar in Anand, amidst an air of festivity watched by thousands assembled there from nearby places.

The Governor and CM Shri Vijay Rupani saluted the tricolour and watched the colourful march-past to the patriotic tunes of police bands. They felicitated freedom fighters with shawls and presented trophies to the winners of march-past, tableaus and acrobatic shows.

The R-Day parade was held in Anand this year as part of the Gujarat Government’s policy of decentralization of administration to hold the three major state-level functions of Independence Day, Republic Day and Gujarat’s Foundation Day at different district headquarters by rotation as was initiated by Prime Minister Shri Narendra Modi when he was the Chief Minister here.