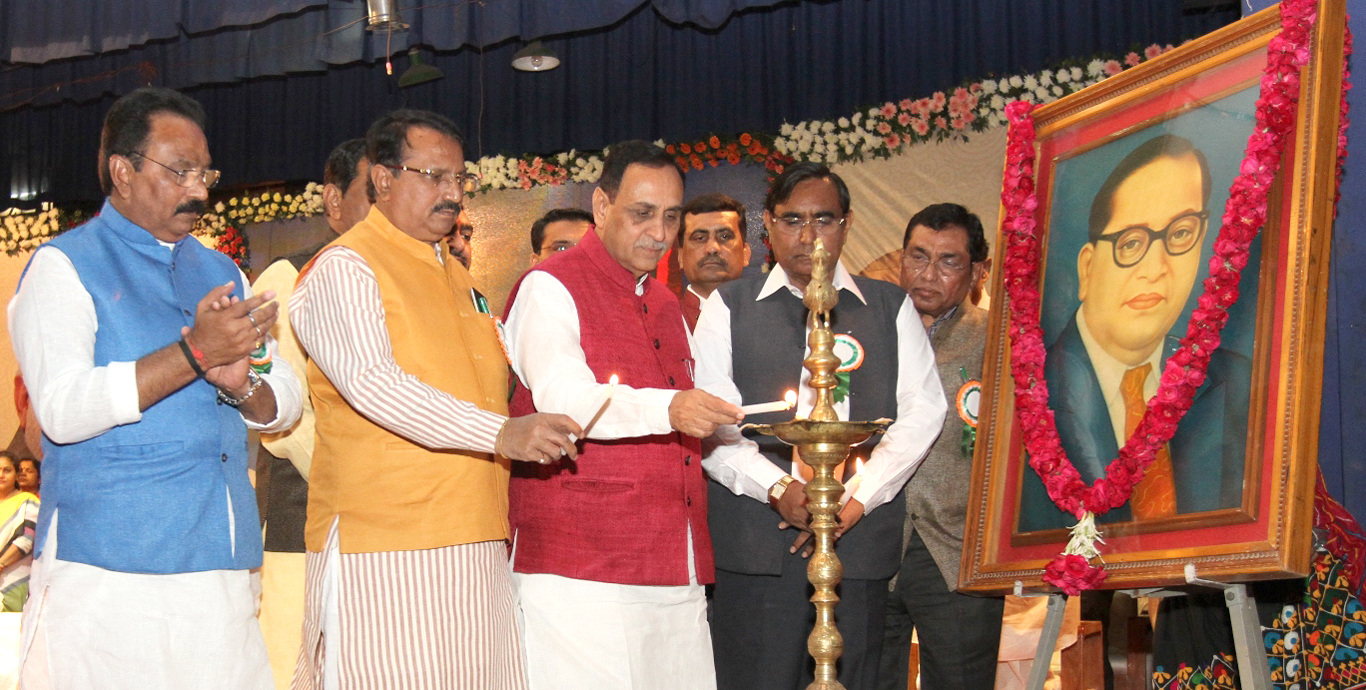 CM Distributes Loan Assistance worth Rs. 6.42 Cr to 763 Beneficiaries of most backward class

Speaking at a Gujarat Anusuchit Jati Ati-pachhat Vikas Nigam function to disburse assistance worth Rs.6-crore to 763 beneficiaries here, he said the government is committed to suitably rechristen the Ati-pachhat Jati Vikas Nigam soon befitting the dignity and confidence of individuals, as per the concept of classless society. He named ‘Garo’ Brahmin as Guru Brahmin.

CM Shri Rupani took a dig at vote bank politics trying to create class war in the past and said that his government is trying to uplift the status of all sections of the society. He exhorted the youth to imbibe Dr. Babsaheb Ambedkar’s mantra, “Get Educated; Get Organised”, and ‘Keep Away from Addictions’. The State Government is bent on making Mahatma Gandhi’s and Sardar Patel’s Gujarat addiction-free as a campaign.

He said the government is contemplating ways to raise people’s income above minimum wages so that the state’s GDP grow with a view to make socio-economic situation stronger.

He said the Gujarat Government is pursuing the Narendra Modi Government policy of four pillars of governance, namely transparency, decisiveness, compassionate and development, working for the exploited, oppressed, have-nots and rural poor.