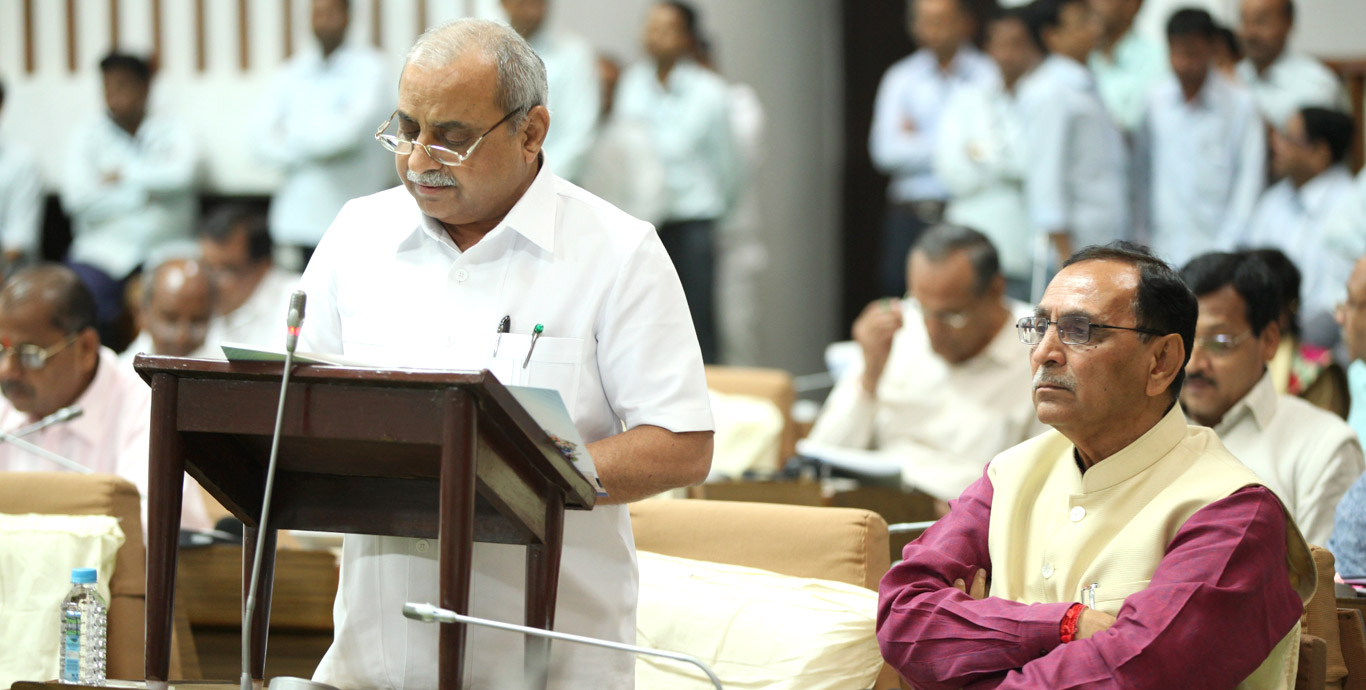 CM Shri Rupani welcomed the decision made by Dy. CM to allocate more finance in all departments for development and said that Shri Patel has really allocated huge money to each department to continue the pace of development. He really fulfilled the mantra of ‘collective efforts, inclusive growth’ by extending the money to the last-men, poor, women, youth, farmer, tribal, fishermen etc. in this budget. State Government’s current budget is the balanced budget, has allocated more money for development expresses that Government has maintained financial discipline. Has allocated Rs. 200 crore for fencing to resolve the issues of farmers and the backlog till year 2013 will end by allocating 1.25 lakh new electricity connections to farmers, he added.

He added that state government has made arrangement for irrigation and crop through SAUNI Yojna, Sujalam-Sufalam Yojna, irrigation schemes of Kakrapar and Ukai Dam to facilitate farmers with a mantra of ‘Har Khet Ko Paani’. Crop loan with 1% interest rate and we will begin cold-storage and godown to preserve farm produces to provide competent MSP for as many as 14 lakh farmers of the state.

Welcoming different schemes announced into budget for youth development he said that under Mukhyamantri Swavlamban Yojna, students will get 50% relief into fees and for girl students, 100% medical education fees will be borne by the state government.

Government will provide tablet for only Rs. 1000 token price to about 3,50,000 students getting admissions into colleges and polytechnic and 12th passed students, so that they can compete with world and gain skills. 2500 classes of standard 7th and 8th will be made digital so that future generation of Gujarat may make true determination of Digital India of our Prime Minister through digital learning from their inception phase.

Not only that, he has also welcomed the proposals of building medical colleges and new schools – colleges in tribal areas. Moreover, government will provide assistance worth Rs. 4,23,000 for 75 square meter tenement or flat for poor and middle class families and their dream of own house will become true.

While after increasing pension for dependent elders, salary of Anganwadi women also has been hiked by Rs. 750. This budget has been given new dimension by including people oriented schemes like wide use of solar to tackle the challenge of climate change, new 1600 ST buses, 50% concession to elders, senior citizens in pilgrimage, cheap grain to poor Antyodayas, kerosene to fishermen and meal in Rs. 10 to labour and poor people, he added.

CM Shri Rupani said that budget has covered health and wellness matters like under Mukhya Mantri Gram Sadak Yojna, villages will be linked with perennial roads at cost of Rs. 10,000 Crore, under MA Vatsalya Card the annual income limit of Rs. 1,20,000 to be hiked and new limit is Rs. 1,50,000 and to provide them medicines at cheaper rates through Generic stores.

CM Shri Rupani said that the provision made to allot Rs. 16 Crore to cattle breeder colonies of the Metropolitan cities and water treatment plant and to project sewage sweeper’s health of small Municipalities and to provide jetting machine will overall boost for well being of all.

CM Shri Rupani described that this budget is helpful to public with a provision of Rs. 56,000 Crore for women as well.