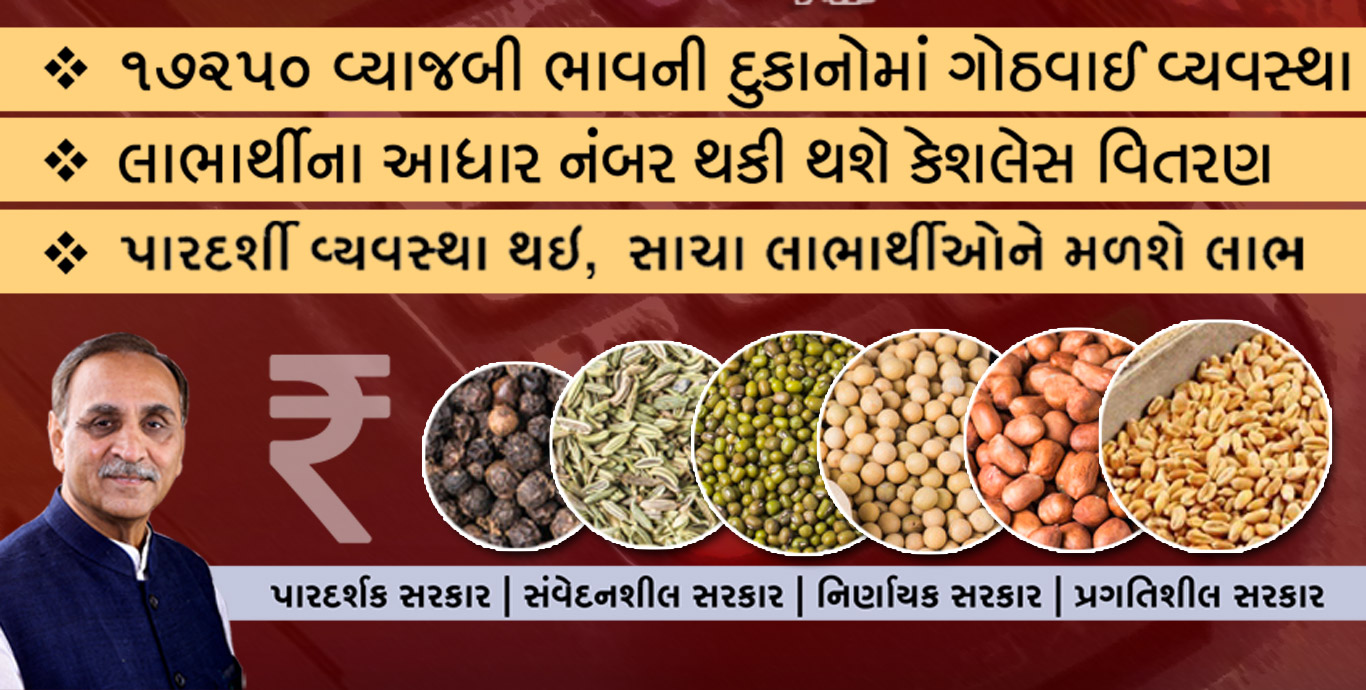 Under the leadership of Gujarat Chief Minister Shri Vijay Rupani, Gujarat has become first state by implementing 100% digital transaction and cashless economy in public distribution system (PDS). Gujarat is the first state to achieve the target in the nation, which has connected beneficiaries of 17,250 fair price shops with Aadhar Card system.

Union Minister for Civil Supply and Public Distribution Minister Shri Ramvilas Paswan congratulated Gujarat Government for this achievement. In a meeting of state civil supply ministers held at New Delhi on last 19th January 2017, most of the states agreed to provide cashless facility within March 31, 2017.

In compare of all states, Gujarat has achieved this milestone very much in advance and made 17,250 fair price shops Aadhar enabled.

As a result to linking the Aadhar Card with fair price shop in Gujarat, the beneficiaries of food grains under National Food Security Scheme will have to bring only their Aadhar Card. As a result to the initiative of Gujarat, the real identity of beneficiary getting food grains from Government approved fair price shop would be acknowledged, transparency and corruption-free distribution system will take place. The needy beneficiaries would be able to get easy and adequate amount of food grain supply. Under the visionary leadership of CM and to fulfill the determination of PM – Digital India, state government has begun to provide as many as 30 digital services through information technology from the government approved fair price shops.

As a part of such digital services, now on bookings of railway and bus services, bill payment of mobile phone, premiums of crop insurance scheme and LIC, registration in soil health-card and other farming schemes of central government could be ensured from government approved fair price shops at urban and rural level as well.

CM Shri Rupani guided the state administration to make arrangements of some services such as monthly passes of ST buses for students, electricity bill payment in coming days. The common people will also get different information through computer and internet facilities from the fair price shops. CM congratulated the employees of state civil supply department for their achievement.