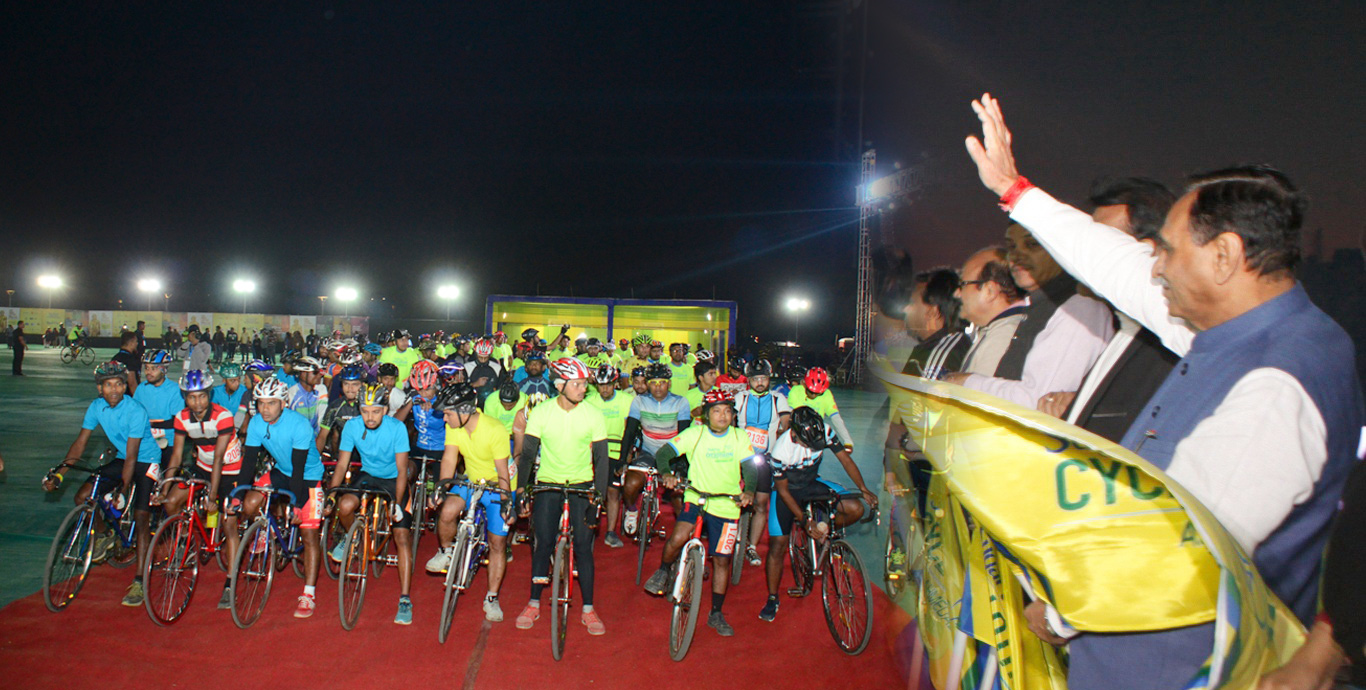 Gujarat Chief Minister Shri Vijay Rupani today flagged-off Cyclothon Ahmedabad–2017 and cheered-up thousands of cyclists at Sabarmati riverfront. He said that now a days environment is getting changed throughout the world. He added that cycling is one of the best exercises for physical fitness and is also helpful to conserve the environment. A campaign to protect environment is also required.

A special tri-cycle ride for Divyang people was also organized to motivate and support the specially-abled, giving them opportunity to participate in the event.