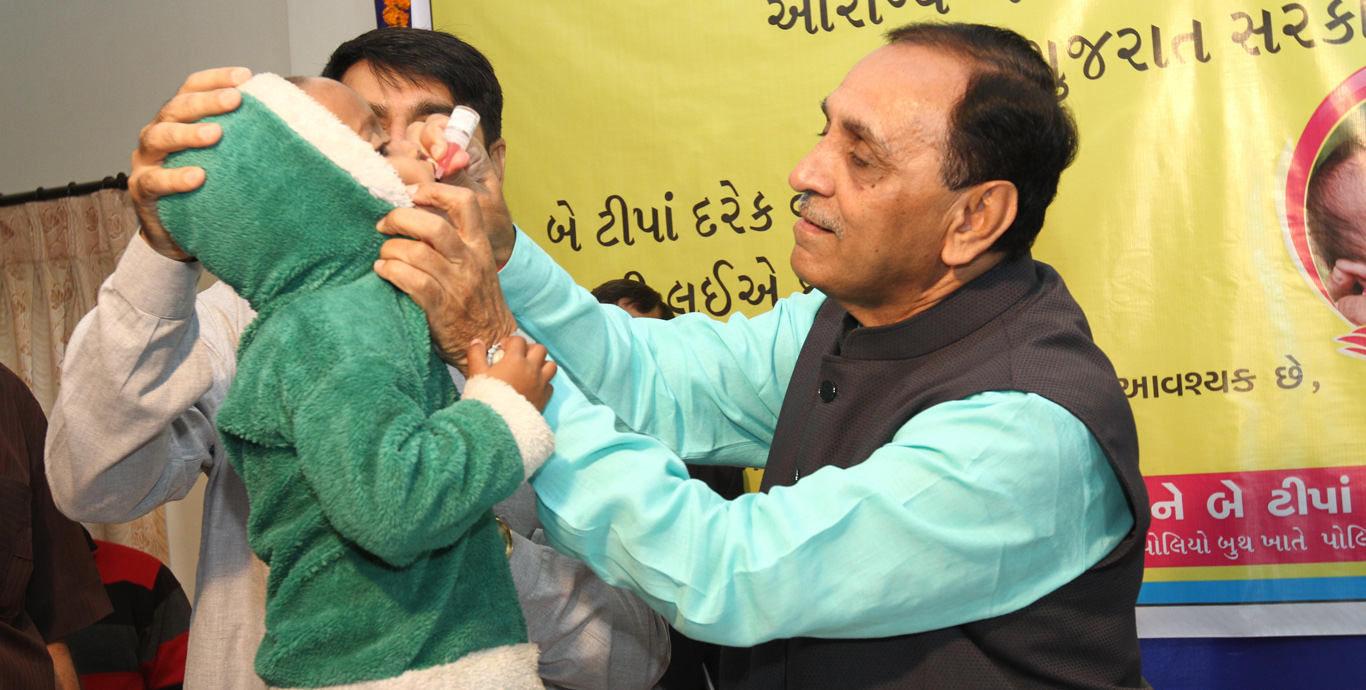 Gujarat Chief Minister Shri Vijay Rupani today launched state-wide Pulse Polio vaccination campaign from community centre at Ministers’ Enclave in Gandhinagar. He said that the state government has taken great campaign to provide polio drops to as many as 84 lakh children below 5 year in a single day from 34 thousand booths. He clearly stated that Gujarat has noticed that not a single case of polio in last two decades and so will be able to take the pride of Polio-free state.

Here it is necessary to mention that over 1.72 lakh volunteers have joined the campaign. It is to be noted that bivalent oral polio vaccine (bOPV) will be used for vaccination for the first time. Polio drops will be provided in far-away districts by 82,205 teams under the campaign. In addition 3549 mobile teams have been deployed for marine districts and for forest areas and 3649 transit teams have been deployed for railway station, bus station and airport.

CM Shri Rupani also launched Electronic Vaccines Intelligence Network (eVIN), a real-time vaccine tracking system with a view to improve effective vaccination management in the state. He expressed the commitment of his government to ensure the continuation of Polio-free status of Gujarat with the help of advanced technology and people’s participation.