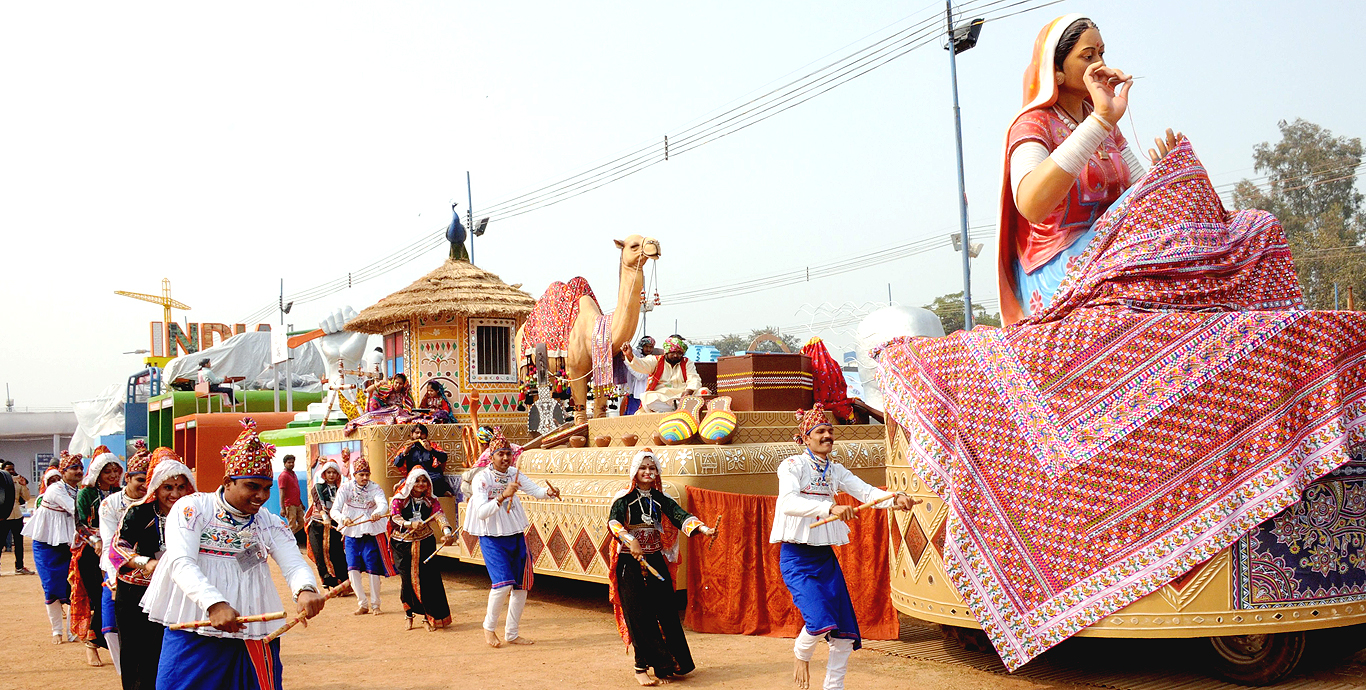 Gujarat Government has decided to display the arts, culture and lifestyle of the state’s westernmost district of Kutch in this year’s tastefully decorated tableau for the National Republic Day Parade to amble through the Rajpath ceremonial boulevard in New Delhi on January 26, 2017.

The front portion of the tableau depicts Kutchhi women busy embroidery with rapt attention. There are 16 varieties of world famous Kutchhi embroidery, each distinctly different from the other. Domestic and foreign tourists coming to Kutch carry back embroidered work as souvenirs and gifts for their near and dear ones.

The rear portion of the tableau shows Kutch’s equally famous naturally cool ‘Bhungo’ mud house with thatched roof that protects the people from the semi-arid region’s hot and harsh summer, the iconic bedecked camel giving a feel of the unkind weather. Kutch’s traditional musical instruments, like Nagfali, Surangho, Boridho, will also be on display.

Artists in their traditional attire will perform live folkdances like Raas along the way.