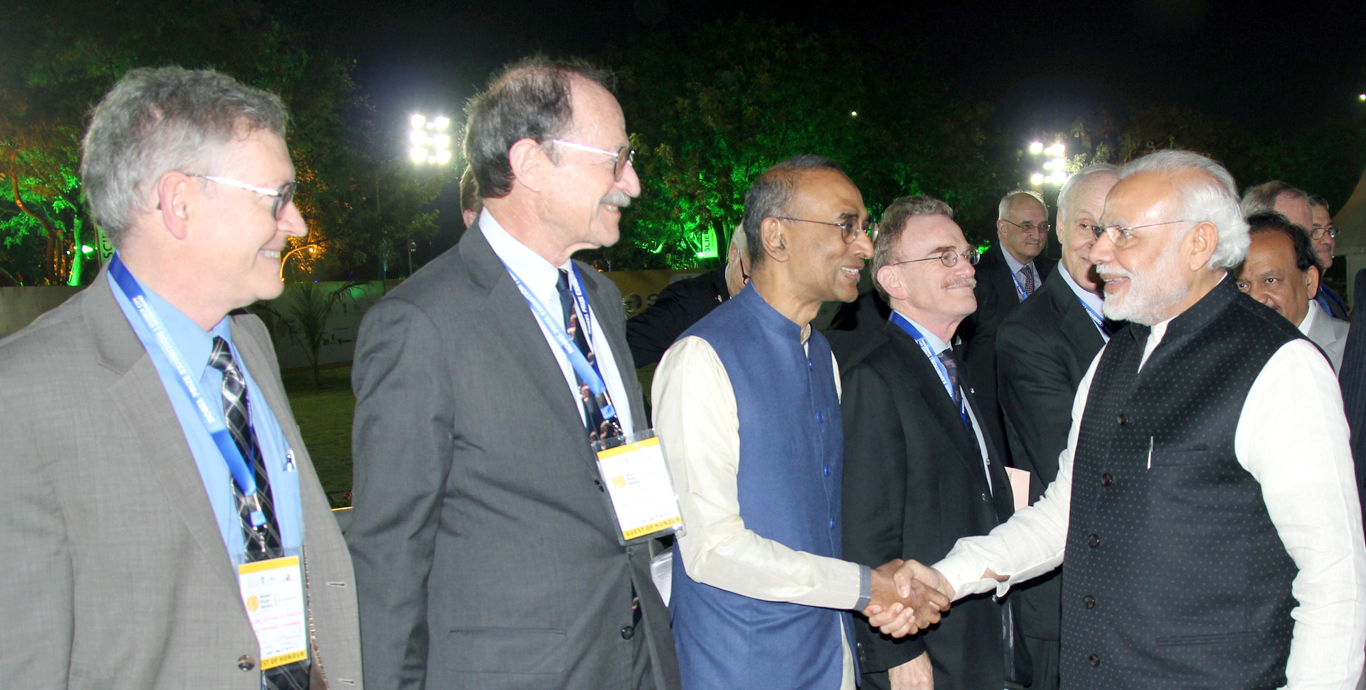 As part of the Vibrant Gujarat Global Summit 2017, today, a session with nine Nobel Laureates was conducted at Mahatma Mandir, Gandhinagar. The Nobel Dialogue was organized under the tripartite MoU signed by Nobel Media AB (Sweden); the Government of India (Department of Biotechnology of the Ministry of Science and Technology); and the Government of Gujarat (Department of Science & Technology Department).

In the first session, there was a clear consensus among the Nobel laureates that there isn’t a real difference between basic and applied research. What really mattered was whether the research being conducted is of high quality and is intended to serve a good purpose.