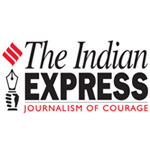 At least three infrastructure projects in the state have been named after spiritual guru Pramukh Swami Maharaj of Bochasanwasi Akshar Purushottam Sanstha (BAPS) after his death on August 13. The latest such project is the west bank road, from Vadaj to Vasna, on the Sabarmati Riverfront.